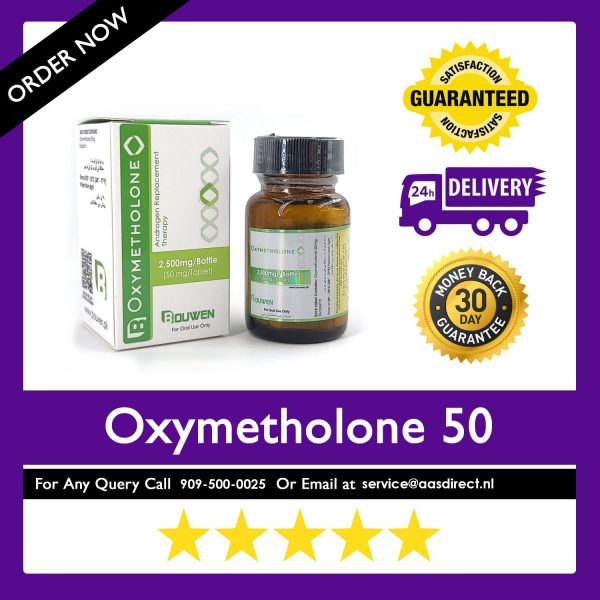 Oxymetholone (also known as anapolon or anadrol) is a very drastic synthetic steroid, 17-alpha-alkylated modification of dihydrotestosterone. It was developed for the treatment of osteoporosis and anaemia, as well as to stimulate muscle gain in malnourished and debilitated patients. Oxymetholone has been approved by the American Food and Drug Administration (FDA) for use in humans. Later there where created non-steroidal drugs that effectively could treat anaemia and osteoporosis; because of this anapolon lost his popularity and by 1993 Syntex decided to cease the production of the drug, as well as other manufacturers did.

By its performance parameters oxymetholone is most similar to methandienone.  As with methandienone, it provokes not only active muscle bulking, but also a significant increase in power performance. However, a large part of the gained weight is because of water retention in the body, which can lead to high blood pressure on cycle.

Thanks to its ability to influence the level of hemoglobin and to increase the blood volume in the body, oxymetholone may cause an extremely strong pumping effect by athletes, which consequently complicates the training process, because muscles get sore almost immediately after the first heavy set.

Oxymetholone is a derivative of dihydrotestosterone, which gives it a chemical structure that does not aromatize. Despite the fact that oxymetholone does not directly convert to estradiol, it itself has pronounced estrogenic properties. It should be remembered that because of this peculiarity only antiestrogens would be able to combat with estrogenic side effects, but not aromatase inhibitors, because aromatase is not involved into the process.

Be the first to review “Oxymetholone 50” Cancel reply