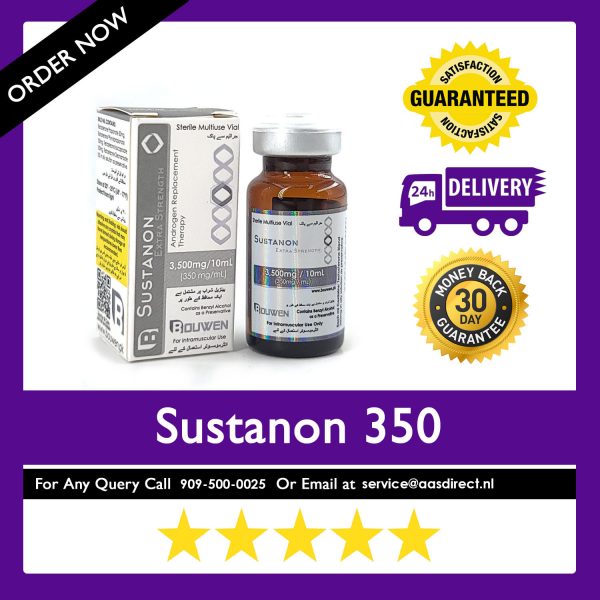 Sustanon 350 is a testosterone blend that contains four different testosterone esters. Sustanon is designed to provide a fast yet extended release of testosterone. This product is manufactured by using technologies of high-percentage drug synthesis resulting in by 20% higher concentration of the active agent per ml as compared to the standard SUSTANON version.

All forms of testosterone are responsible for promoting health and well-being through enhanced libido, energy, immunity, increased fat loss, gaining and maintaining muscle mass, preventing Osteoporosis (loss of bone density), and possible protection against heart disease. It combines excellently with many other compounds both oral and injectable as part of a potent stack.

Be the first to review “Sustanon 350mg” Cancel reply